I have said it before, I will say it again, I am no cyclist. I have been on a bike 3 times in the past 20 years, for crying out loud. I wasn't even that good on a bike as a kid.

So what in the name of all that is holy possessed me to ride the 35 miles of the Virginia Creeper Trail? Simple....the promise of fall's beauty meeting me with a bright, beautiful smile at every turn. Oh, yeah, that and the fact that I thought the entire thing was downhill.

The first stop was at the Virginia Creeper Trail Bike Shop in Abingdon, VA. 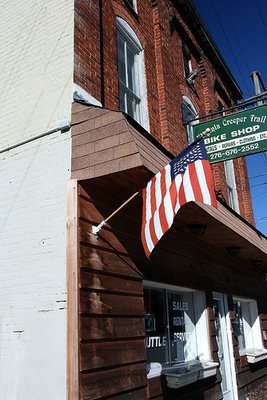 We had been here the weekend before and rented a couple of bikes for an hour or so. Realizing the AWESOME POTENTIAL the Creeper Trail held, we just had to come back and do the entire thing.

No, seriously, it was awesome. Would I do it again? Absolutely. Would I know there was a price to pay for all that beauty, you betcha'. 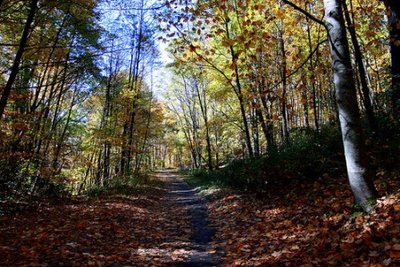 A bike shuttle took us and our bikes up to the top of Whitetop Mountain. The ride took about an hour along winding, Virginia roads. We were offloaded with our bikes. Most people ride down to the town of Damascus, VA. That requires a 18 mile downhill ride. Nice. We opted for the whole enchilada: 18 miles downhill to Damascus, about another 7 miles to Alvarado that are fairly level, then 10 miles uphill to Abingdon. The Virginia Creeper Trail sits in an old railway bed that housed the Virginia-Carolina Railroad from 1900 until 1977. It snakes its way from the border of NC to Abingdon, VA. It passes through several small towns, woods, over waterways, and through private farmland. 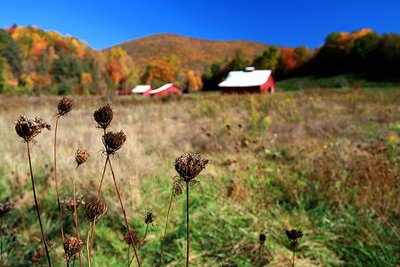 The first "stop" was at Green Cove Station around mile 4. There was a community center and the original old train station building, built in 1914 for $2,600. Maple trees surrounded the station in a blaze of orange and children were busy making piles of leaves and buring themselves inside. 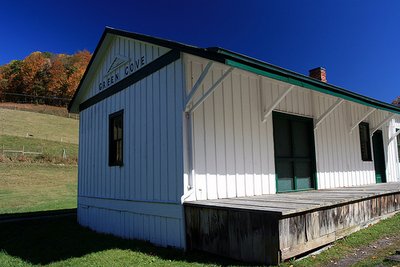 After a quick stop, we powered on. Okay, there wasn't much "power" to it, since it was all downhill. Whatever. We then rode about 12 miles through beautiful forests and through some absolutely stunning Virginia farmland. Wow. The sky was deep blue and the trees were exploding in bursts of russet, gold, and crimson. Every so often, a gust of wind would send golden leaves flying from the treetops onto the trail. It was very quiet. Even though it was a peak weekend, the trail never felt crowded. Others might bike up beside you for a moment, but they quickly passed and moved on. Rarely did we have other people within eyesight for more than a minute. It was peaceful. I could hear the breeze rustling the leaves and I could hear the crunch, crunch, crunch of my tires on the gravel. 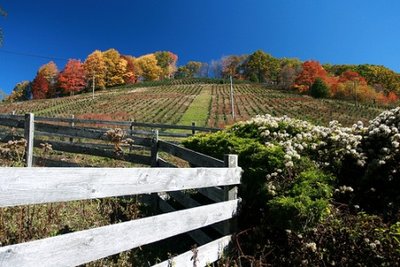 At mile 16, we came to the Iron Bridge. I would assume the bridge is what remains of an old RR trestle, but I don't really know. We knew we were getting close to Damascus, the halfway point. 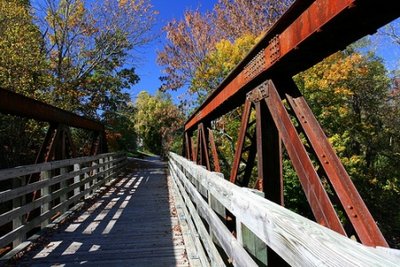 After going just a couple more miles, we found ourselves in Damascus, VA. What a quaint little town, filled with historic homes and sidewalks lined with flowers and picket fences. We were told that when the railroad pulled out in '77, the town had little to generate income. The Creeper Trail has apparently breathed much needed life back into the small town. It was bustling with cafes and bike shops that catered to the trail seekers. We stopped for a sandwich and were right back at it. 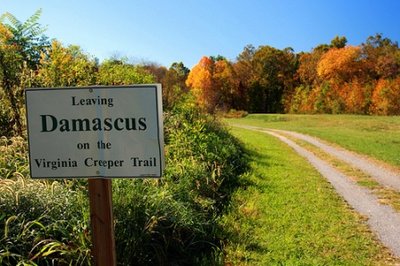 The next 10 miles were fairly level. The trail passed through beautiful farmland and ran alongside a beautiful creek? river? stream? Obviously, I have no idea what the rules are regarding water. Let's just say there was water running alongside the trail and it was lovely. 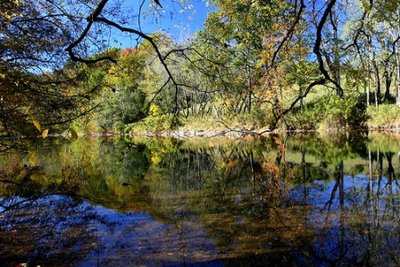 At approximately 25 miles, we came to Alvarado Station. There is an old general store and not much else, but it provided a great place to stop and catch our breath before starting the gradual uphill climb to Abingdon. 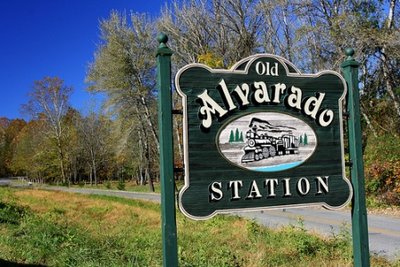 Just after Alvarado, a long wooden trestle curved its way over the the south and middle forks of the Holston River at the head of South Holston Lake. We passed between tall rock ledges, through deep woods that were starting to get dim as the sun crept lower and lower in the sky, across fields, past old barns and tiny cabins. I do have to admit, that for a non-biker, such as myself, the last 5 miles were a little tiring. By that point, I was spent. Okay, truth is, I was freakin' exhausted and considered it more of an exercise in survival at that point than an enjoyable bike ride. So, there aren't any photos of the last few miles, because, at that point, I didn't really give a crap about the camera. I was just trying to get out alive. 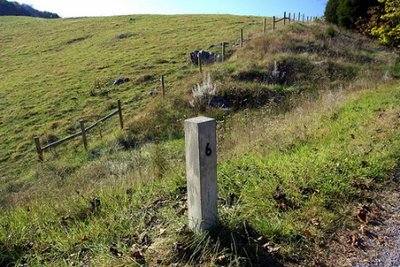 I think if we had slowed our pace a little and taken a few stops along the way, it would have been much easier. However, we got a late start (noon) and needed to get back to Abingdon before 6:00 pm. Having no idea how long it would take, we didn't make many stops, the stops we did make were really short, and we hauled it pretty much the whole way. We were back in Abingdon by 5:00 pm. 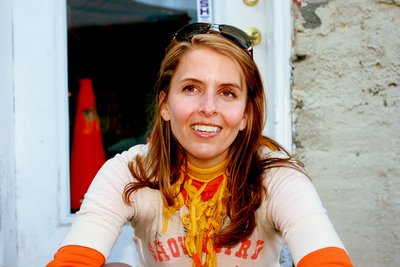 It was a great ride and I want to do it again. Sure, I have body parts that are hurting today that I wasn't even aware I had, but I recommend it for any age and level of physical ability. Anyone can make the White Top to Damascus ride. Most can make the Damascus to Abingdon ride.

I already have plans to do it again in spring. Next time, though, I may opt for a cushier seat......