The Bay Islands of Honduras 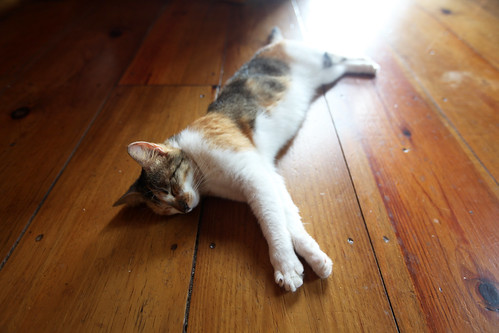 As I sat on the deck of Brisa del Mar, rubbing K2’s ears in the morning breeze, I couldn’t believe it was time to leave. Our time on Little Cay and Roatan had been spectacular.

However, there was still one thing eating at me.

No, not the intestinal bacteria that was setting up housekeeping in my abdomen…..

I wanted to kayak out and snorkel that reef. 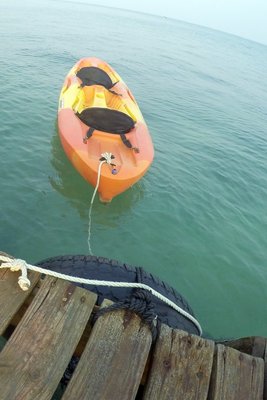 It was a clear, calm morning, so we had Fausto put in the kayak. We eyeballed the buoys from shore and made our way out to them. We found them easily this time and enjoyed a leisurely snorkel along the pristine reef before facing the inevitable task of packing to leave. 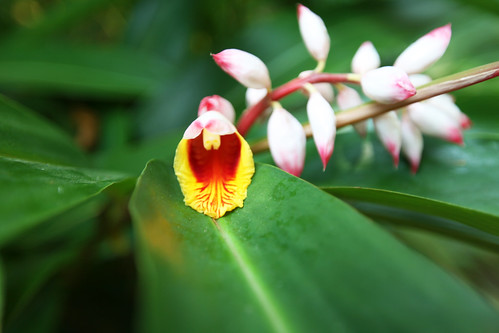 The staff drove us back to the airport where we spent several hours waiting in various hot lines to leave.

At 2:00 p.m., we boarded our Delta flight to head to Atlanta, where we would have an overnight layover before flying home to Knoxville.

As I sat on the plane, I reflected back over the past week. It had truly been amazing. While Roatan and Utila would not make my list for favorite islands, not even close really, the trip itself was one of my favorites we had ever taken. It was hard to explain.

I was basking in warm thoughts of sloth hugging and gentle seas when the first pain hit. Within minutes, I felt like that thing from Alien was about to burst forth from my abdomen.

I cringed in pain as the chills started. My teeth started to chatter as I shook violently.

Matt felt me shivering uncontrollably next to him and asked if I was okay. I shook my head slowly, knowing that a coach seat on an airplane flying 3 hours over the Gulf of Mexico was the worst conceivable location to be sick.

He got me several blankets, but I couldn’t get the shaking to stop.

An hour later, I was shivering, my stomach hurt in a way that can only be described as hellish, and I was sick, sick, sick.

I just knew it was malaria.

I knew I hadn’t used enough Deet. I had gotten exactly 4 mosquito bites during the week and I was trying to figure out exactly which one of the four had infected me.

Two hours of extreme misery later, we made it to the Atlanta airport. By this time, I was in so much agony, Matt had to get me off the plane in a wheelchair. I felt sorry for him as he pushed a wheelchair loaded with me, a suitcase, and my heavy tote with one hand, carried his backpack on his back, and pulled the other suitcase behind him with the other hand.

Customs was at least 17 miles from the gate.

I wish I was joking.

We walked for 30 minutes before we finally reached the area for customs. They put us in the “special needs” line, but even that took a good 20 minutes, all the while I kept looking at Matt and saying, “I need to go to the hospital.”

I guess the blessing, if you can call anything about food poisoning on an airplane a blessing, was twofold:

1) It took so long to get off the plane, to customs, and through customs, that I could tell I wasn’t getting any worse. I realized I did not, in fact, have malaria, and appeared to have a really bad case of food poisoning. The cramps were getting farther apart. I decided to wait it out instead of going to the hospital.

2) We had an overnight layover, which meant I didn’t have to get on another plane; this was good, because I couldn’t have that night.
We grabbed a cab to our hotel. I thought I would die in the cab, but somehow I didn’t. When we got to our room, Matt had 2 additional down comforters brought up and bundled me in them. I finally stopped shivering after about an hour and the cramping eased off after several hours.
We slept.

Sure, it wasn’t the best end to the trip and, even though it has been five days, my stomach still isn’t right, but if you asked me if I’d do the trip again knowing how it would end, I would say “yes.”

It’s the risk you take when you travel, and to me, it was worth it.

The trip was amazing and I wouldn’t trade a second of it. Utila and Roatan might not have had countless pristine beaches or luxury restaurants, but it had a quality that drew me in and makes me want to go back.

Glad to hear you are recovering! Unbelievable how you made it back under these circumstances - you are a real survivor!
Your adventure to Honduras sounds amazing nevertheless. Loved your report and the awesome pictures + videos. Get well soon!

Thanks!! It wasn't my favorite trip return, but it didn't take away from how much I enjoyed the trip. I should probably just be more careful what I eat! LOL!