In Pursuit of Paradise: Intro

The Bay Islands of Honduras

When you tell people you are going to Honduras, the response is always the same:

“Are you going on a mission trip?”

When you respond, “no,” the response is always the same:

“Then why are you going?”

When I told Matt I wanted to rent a private deserted island in Honduras, one that lacked electricity, hot water, and was a 30 minute boat ride from the nearest town, he was less than enthusiastic.

“But it’s a whole private ISLAND….” I stressed.

“Alcatraz is a whole private island,” he responded, “and Honduras is the murder capital of the world.”

It was going to be a harder sell than I thought.

Sure, Honduras does not get high marks in the luxury travel category. High crime rates. Extreme traveler warnings of carjacking and armed robbery. Advice to get Hepatitis shots and take anti-malarial medication. Stories of police shaking travelers down as they drive the only road across the island. Sand flies that are likened to blood sucking dragons. These were the most common things that I found online when I started researching Roatan and Utila.

Had I stopped my research there, I would have concluded from the warnings that only a reckless, death-wish kind of traveler would ever consider a trip there, but I don’t let little things like sky high murder rates and communicable diseases get in the way of my fun.

However, as I continued my quest for information, I started to wonder if maybe I WAS a reckless, death-wish kind of traveler.

I actually saw an article called, “21 Top Dangerous Places to go on Vacation.” Guess what was #1? Honduras. Just in case I needed confirmation that it was not a one-off, I found another titled, “Travel on the Edge: 7 Dangerous (but Awesome) Adventures Worth Having.” Honduras was listed, right up there with Iraq, Afghanistan, North Korea, and Somalia. I’ll put that right up there with “Top Sexually Transmitted Diseases,” “Top Foods to Give You Gas,” and “Top Musical Acts Similar to Miley Cyrus” with regard to how desirable being on that list is.

But they also said it was AWESOME.

That was the thing. Pretty much every piece of information I could find on the place was polarized into one of two categories: Dangerous or Awesome. So which one was it?

It seemed to depend on who was doing the talking.

I did get some comfort from realizing that the bay islands clearly had a better reputation than mainland Honduras. Sort of.

While the islands didn’t seem to share in the whole “murder capital of the world” bit, the realities of mosquito and water-borne illnesses, high crime rates, and severe warnings for tourists were still there.

But then there were the accounts that said the islands were amazing. They were described as an undiscovered treasure, the Caribbean’s best kept secret, and a tropical paradise where we would be awed by silky beaches, lush jungles, and a pristine reef. These people described it as quiet, safe, and beautiful.

I needed to satisfy my curiosity. I had to talk Matt into going.

Sometimes I feel inexplicably compelled to just DO SOMETHING DIFFERENT.

I feel the need to combine fear with fun.

I need a new stamp on my passport.

I had nothing left in my arsenal, so I simply showed Matt where I wanted to go: 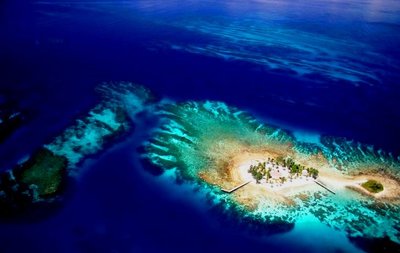 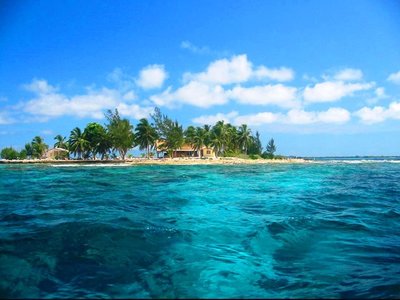 Who hasn’t romanticized the notion of living on a deserted tropical island, if only for a few days? Especially with a boatload of food, books and your best friend? It only sweetens the deal if that island costs less than an inexpensive hotel room in Knoxville, TN.

That’s all it took. Malaria be damned. Matt was IN.

After doing enough research to make my eyes gloss over, I chose to split our time between the remote, private island paradise of Little Cay, Utila and the popular island of Roatan.

It was time for another adventure in paradise. 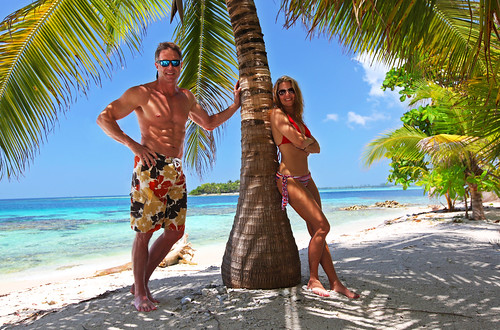 I am sooooo looking forward to hearing about this trip. Honduras is also on my list of places to go.

Well somehow or another I hit the wrong key and UNsubscribed to this- darn, sure is Monday!! I signed up again but I had to add a number to my name since I already exist- lol.
Yes- I will let you know about our Utila trip- only 11 more sleeps- "soon come" as they say in our love, the out islands!
Ann